Owner: The Ministry of Transportation of Ontario

The Ministry of Transportation of Ontario (MTO) released a contract for the replacement of the Dodd’s Creek Culvert and retaining wall in St. Thomas, ON. The retaining wall portion of the project was to be an engineered RSS System meeting the MTO standards for engineering and quality.

Facca (the general contractor) did not feel that the RSS system specified in the tender could be installed within the MTO’s timelines for road closures. They proposed the Retain-A-Rock™ product from as a substitute, which was accepted by the MTO.

Due to the time of year, winter installation practices were put in place and followed by the General Contractor that complied with OPSS and MTO standards for the installation of the wall.

We customized the blocks for this project to be cut to fit around the precast culvert giving the wall an aesthetic, uniform appearance.

The local engineering firm, CMT Engineering, responsible for the original design to discuss and design an alternative solution to address the challenge on site.

The solution proposed and accepted was to install a style of geo grid combination retaining wall system using galvanized steel bodkin bars anchored into the face of the existing wall at their base. Geo grid was then brought up the rear of the next course and laid on top of the newly installed rock. 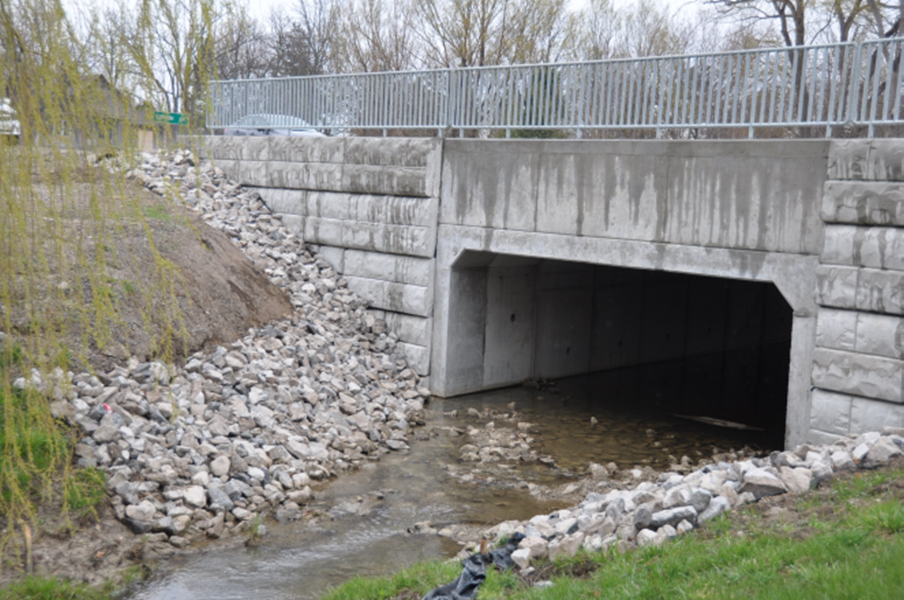 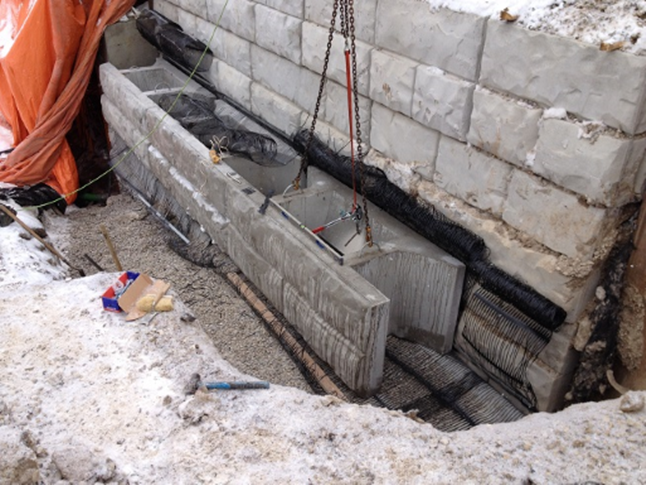 OWNER: The Ministry of Transportation of Ontario 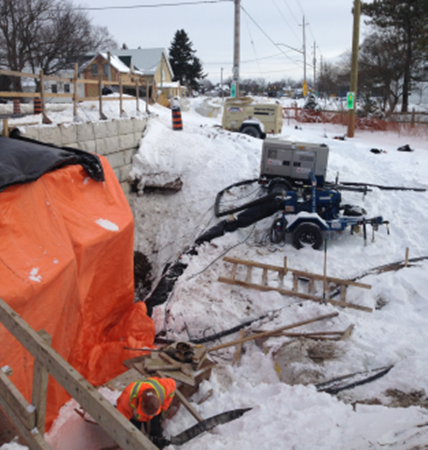 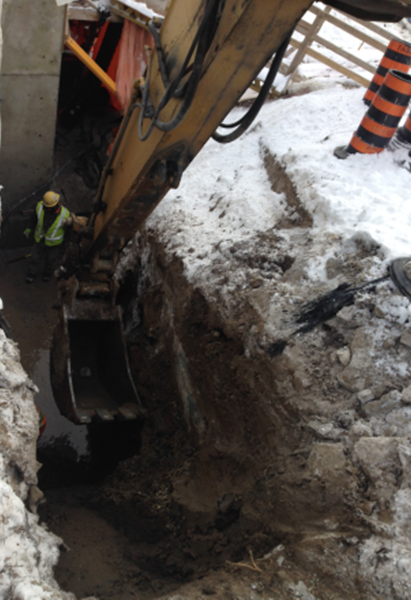 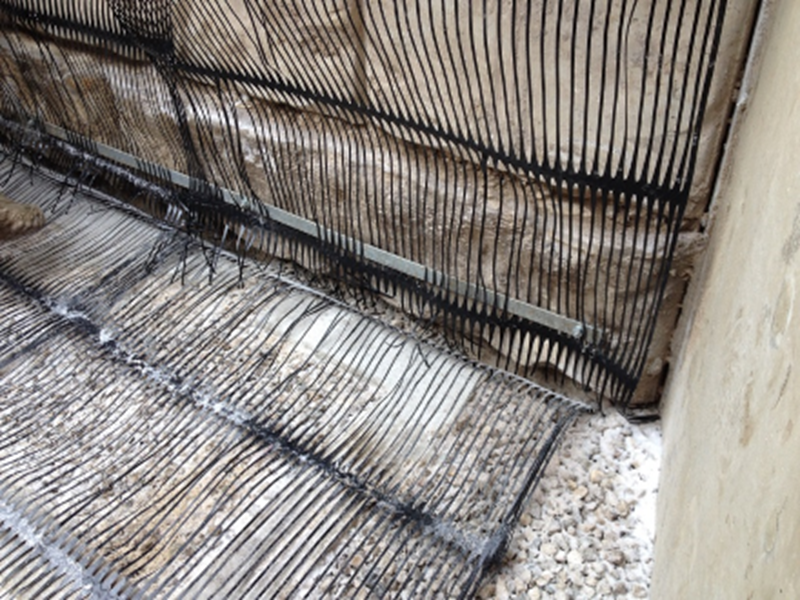 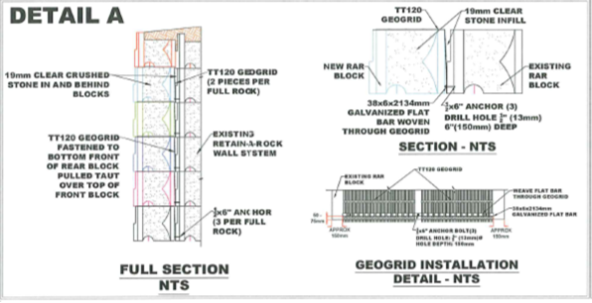