Welcoming its first residents within the next year, Parkland Ajax is a 15-storey building designed for seniors who want to enjoy an active and carefree lifestyle in retirement. The 367,880 square foot building is situated within the heart of the Great Lakes community, sharing the area with other residential neighbourhoods.

With the proximity of the new high-rise to these existing homes and the grade differences of the site of more than 2 feet from one side to the other, the building designer, MTE consultants, planned for challenges. Calling for a visual screen wall and cast-in-place retaining walls, it was through the project tendering process that our team was brought in by construction manager, Traugott Building Contractors, to help address installation concerns and shortfalls of CIP.

Designing a lengthy retaining wall with CMT Engineering, our large format, engineered Retain-a-RockTM (RAR) precast block system is flexible in nature and built to accommodate variances across large sites such as this one. From varying grade changes, numerous corners, or the seamless ability to butt up next to a vent from the underground parking structure, our retaining wall stretched the site with ease. A key part of the main retaining wall was the need for it to incorporate a vehicle headlight screen (which also acts as a pedestrian guard) above it protecting existing adjacent residences – this is also where the project got interesting!

The RAR being a precast product, the block could be modified in the manufacturing stage so that they would arrive ready to install on site. Our in-house team took our standard block design and adjusted with an opening on the exposed face and a cutout on the backside of the blocks to allow the steel posts to pass right through them. The posts, which were also uniquely designed as a cantilevered system, were prefabricated as one piece with the horizontal posts in the ground, or the feet, attaching to the vertical posts, which would accept the panels above it. This was yet another site saver as the posts were delivered to the site ready to drop in – a method that was opted for as opposed to using corrugated steel pipe method that can be used as a footing form through the block units to pour concrete around posts. This, of course, demands more time and materials on the installation side.

Steve Pym, Senior Technical Sales Representative for RAR explains why MSE was not required despite the additional heights of the screen wall above: “Our large format blocks allowed us to design as a gravity wall. There is also an agricultural slat on the back side of the posts (feet) behind the blocks (hidden underneath the clear stone). The added soil resistance and mass of the slat act as a counterweight to the wind loading effects of the headlight screen.”

Once locked into place at the required heights, the hollowcore blocks were then filled level with 19mm clear stone for drainage and the precast screen wall panel stacking could begin above it. Dropped into place between the posts, the panels were custom designed to match the 8-foot standard lengths of the blocks. The reflective Sound by Design noise wall panels were cast with a flat stone pattern on the side facing the adjacent homes and a projected stone pattern that would be enjoyed by the new condo owners.

Once complete, the pedestrian guard at the edge of the property will protect those at ground level from the steep areas where the property juts off. It will also screen headlights from beaming into nearby homes and ensuring a level assimilation between the building and its neighbours. 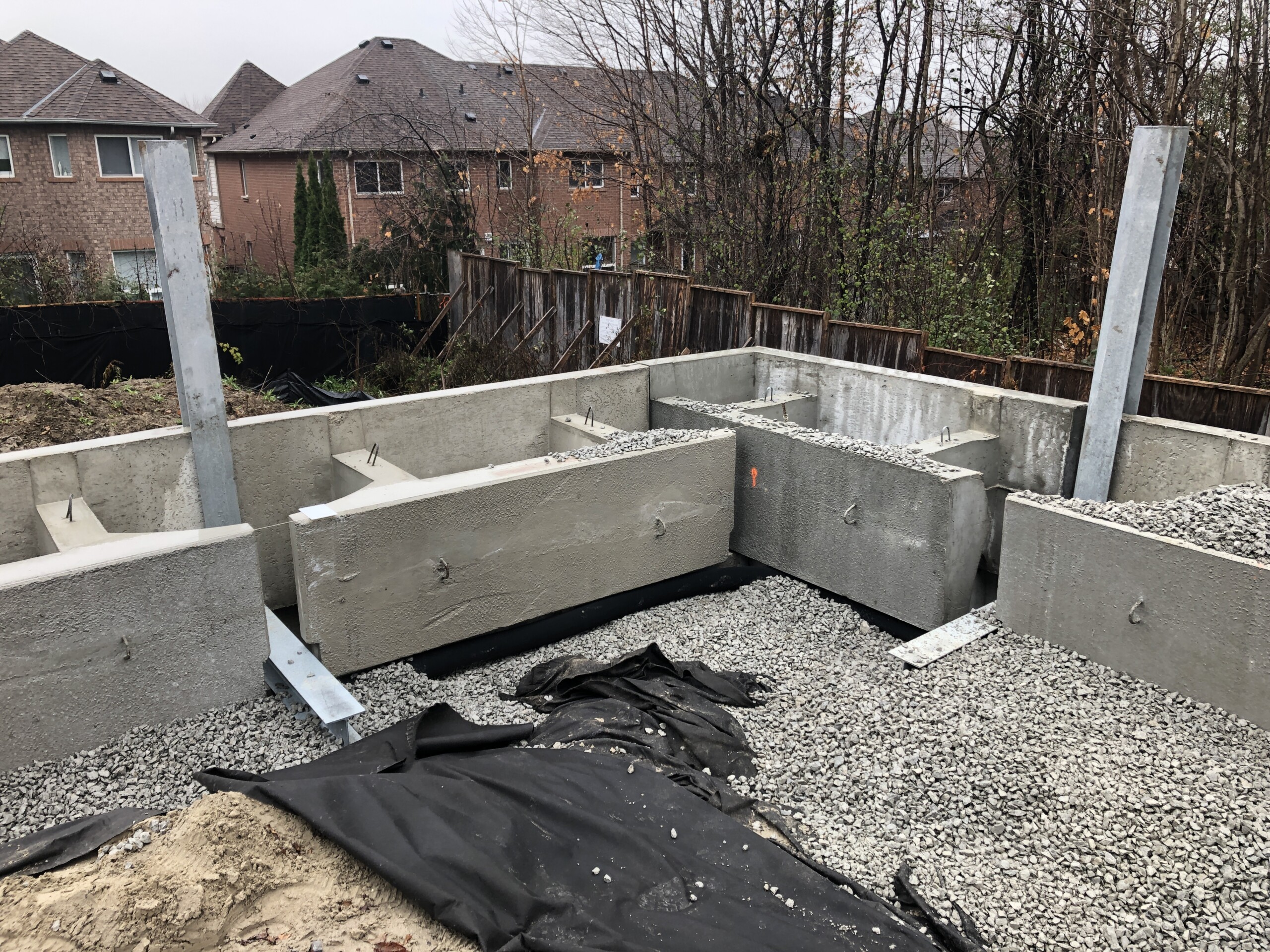 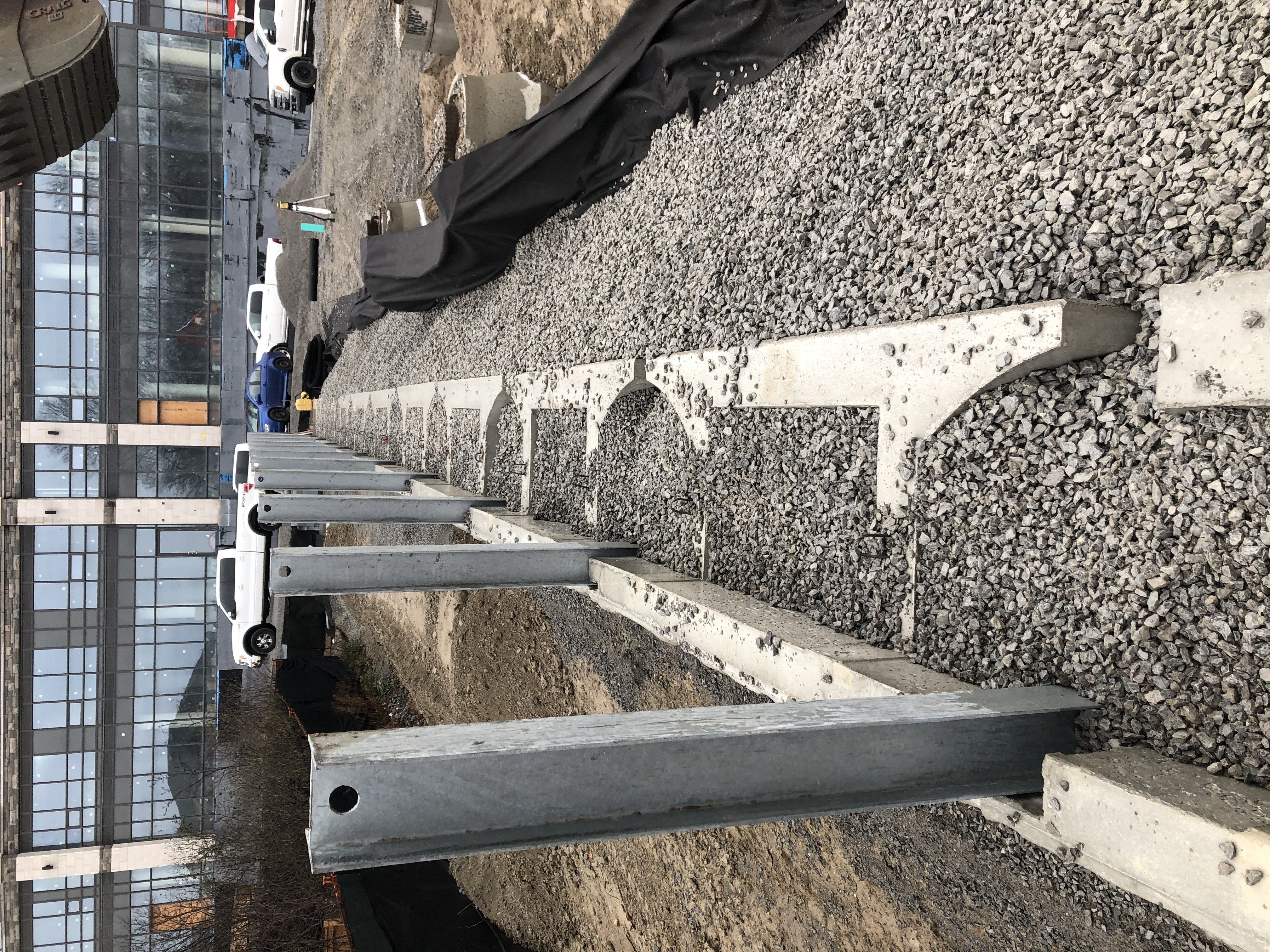 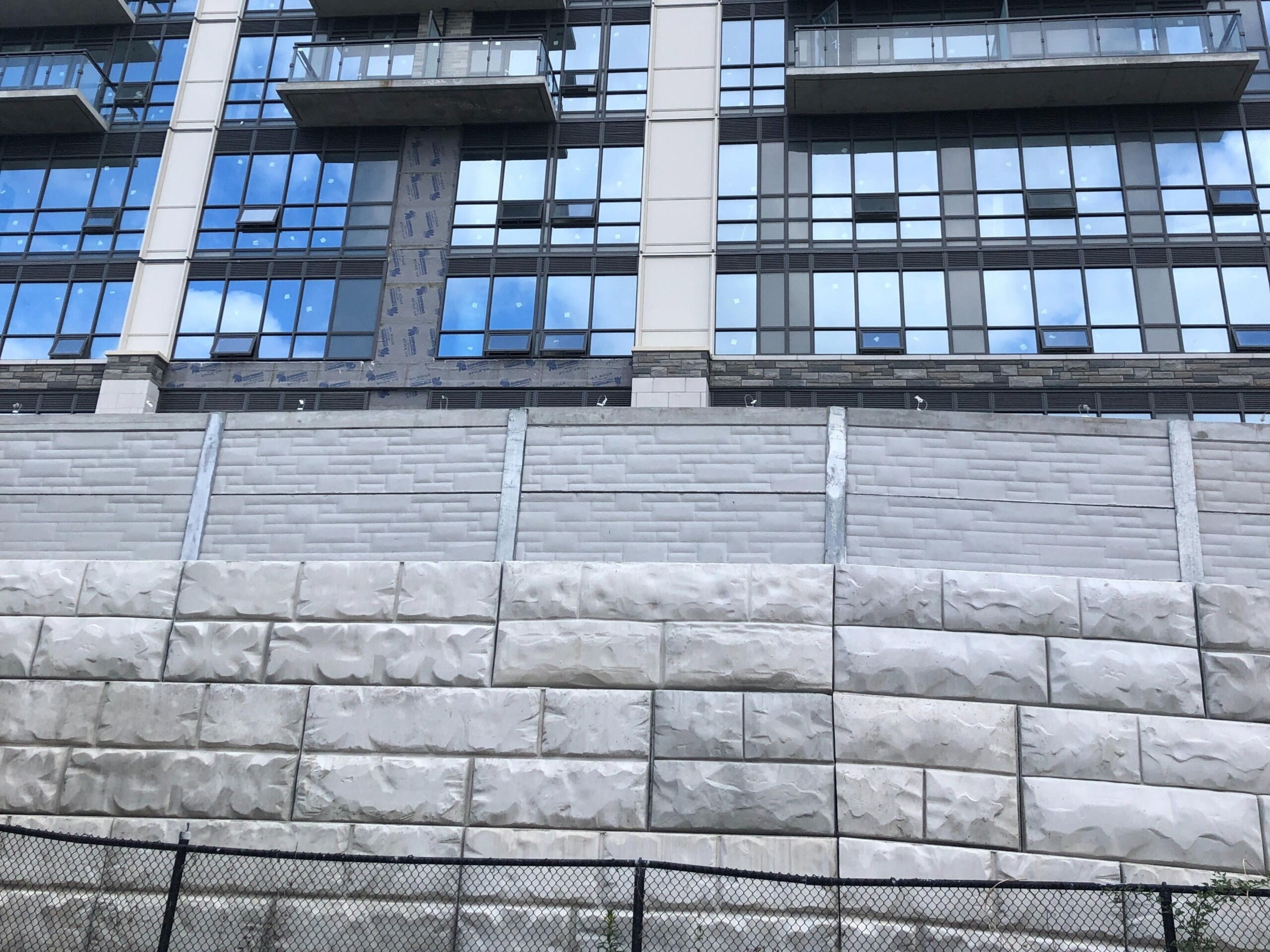 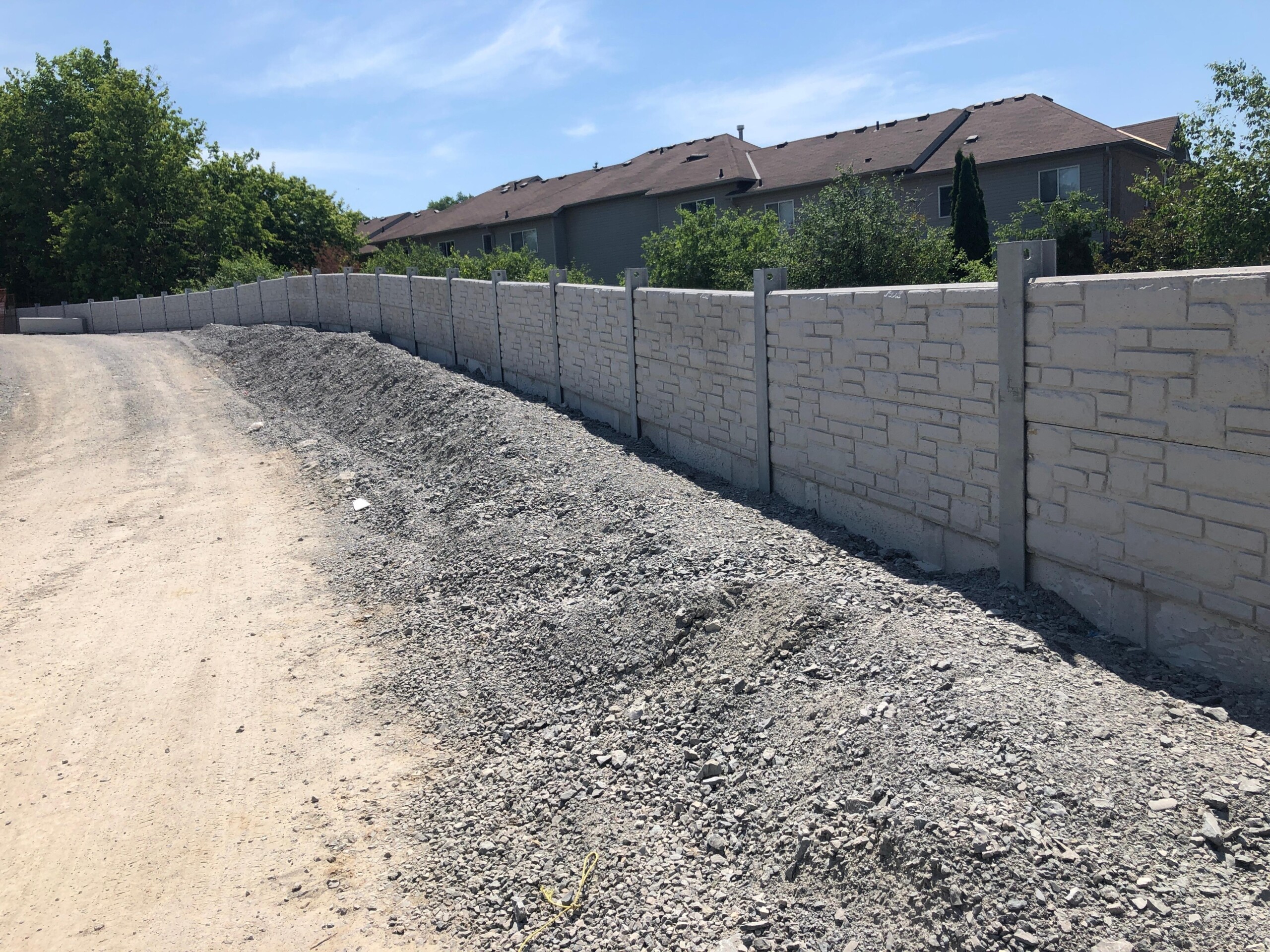 Let’s work together
Go to Top